Strategic Ambiguity with Diplomatic Objects
The Case of Armenian Cross-Stones

Ambiguity enables different interpretations for multiple actors. In relations with others, diplomats and politicians can strategically use objects without clarifying their meaning. By enabling favorable interpretations for everyone involved, strategic ambiguity can open up political venues which otherwise would have remained shut due to predictable contestations. Other actors, however, may strive to establish a discourse which interprets an ambiguous act as a hostile signal. Objects create political orientations based on the meanings discursively attributed to them by specific actors. This research uses the perspective of symbolic interactionism to study how objects are strategically used in diplomacy and public diplomacy, both in a historical and contemporary perspective. It identifies parallels in how a variety of tangible or visible materials were utilized by diplomats in interstate relations with a higher or lesser degree of ambiguity – including portraiture, state awards, flags, photographs, pipelines, and animals. This research then provides a case study with regards to the strategic use of cross-stones (or ‘khachkars’) by Armenian diasporas in various Eastern European host countries. It shows the relations to the political ties with Azerbaijan and Turkey, and how every actor involved attributed different meanings to the khachkars. The observations are based on theories of material culture, symbolic interactionism, and public diplomacy 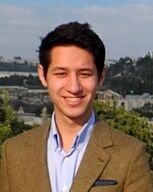 Andreas Pacher writes journalistic and academic articles on various topics revolving around diplomacy and diplomatic theory. He originally studied Law at the University of Vienna (Austria). After a few years of legal work, he pursued a postgraduate in International Relations in Paris (SciencesPo) and in Shanghai (Fudan University). He is editor-in-chief of Nouvelle Europe.